Why is the eQart the most user-friendly automation solution on the market? 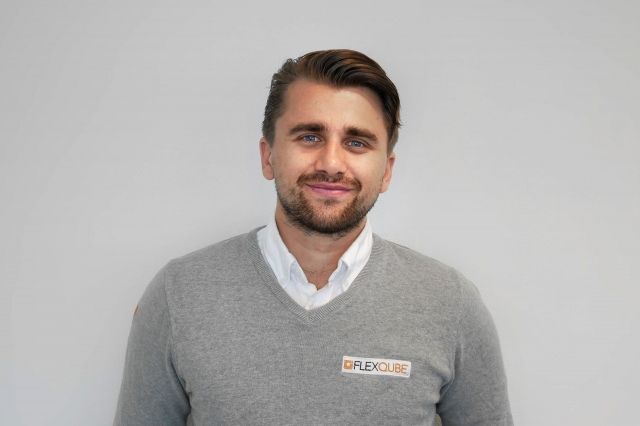 Since coming to the market at the beginning of 2020, the eQart has shown that it is one of the most straightforward and user-friendly automation solutions out.

Compared to other automation solutions, the speed that operators and engineers can familiarise themselves with the eQart has been impressive. From the beginning, the FlexQube R & D team has had ease of use and simplicity as some of the most critical factors in the eQart development. Factors such as a simpler navigation method, ensuring that there is no integration needed and a user-friendly interface have led to the eQart being the simplest automation solution on the market.

Initially, it can be seen that having simple navigation technology could be negative; however, it is, in practicality, a big positive. When discussing the implementation and integration of automation solutions with manufacturing engineers, a common thread about complexity is always brought up. The complexity that comes with implementing an automation solution with advanced navigation technology is immense. In our recent Industrial Automation Survey, where we surveyed manufacturing engineers from around the globe, 33.3% stated that implementation constraints were one of the significant challenges being faced in the adoption of automation.

The eQart looks to solves this pain point by using a more straightforward approach to automation. The eQart might not always automate your whole process 100%, but it will automate 80% of the process. When engineers break down the necessity of their automation project and outline the fundamental movements and transports that need to be automated, generally 80% automation is enough to drive greater efficiency, safety, and overall improvements. The eQart navigates optically using a camera installed with a dual side fish eye camera and only requires a contrast on the floor to follow. Most commonly in eQart installations, tape has been used as the primary form of navigation. This is because of the high level of flexibility that comes with having a route that you can easily change and edit how you like.

Using simpler navigation technology leads to a shorter and easier implementation time. Having an automation solution that can be rolled out of its box and a route set-up in under 2 hours allows eQart users to receive feedback instantaneously. The eQart implementation process’s simplicity cannot be understated; below, you can see the total number of steps involved in the process: 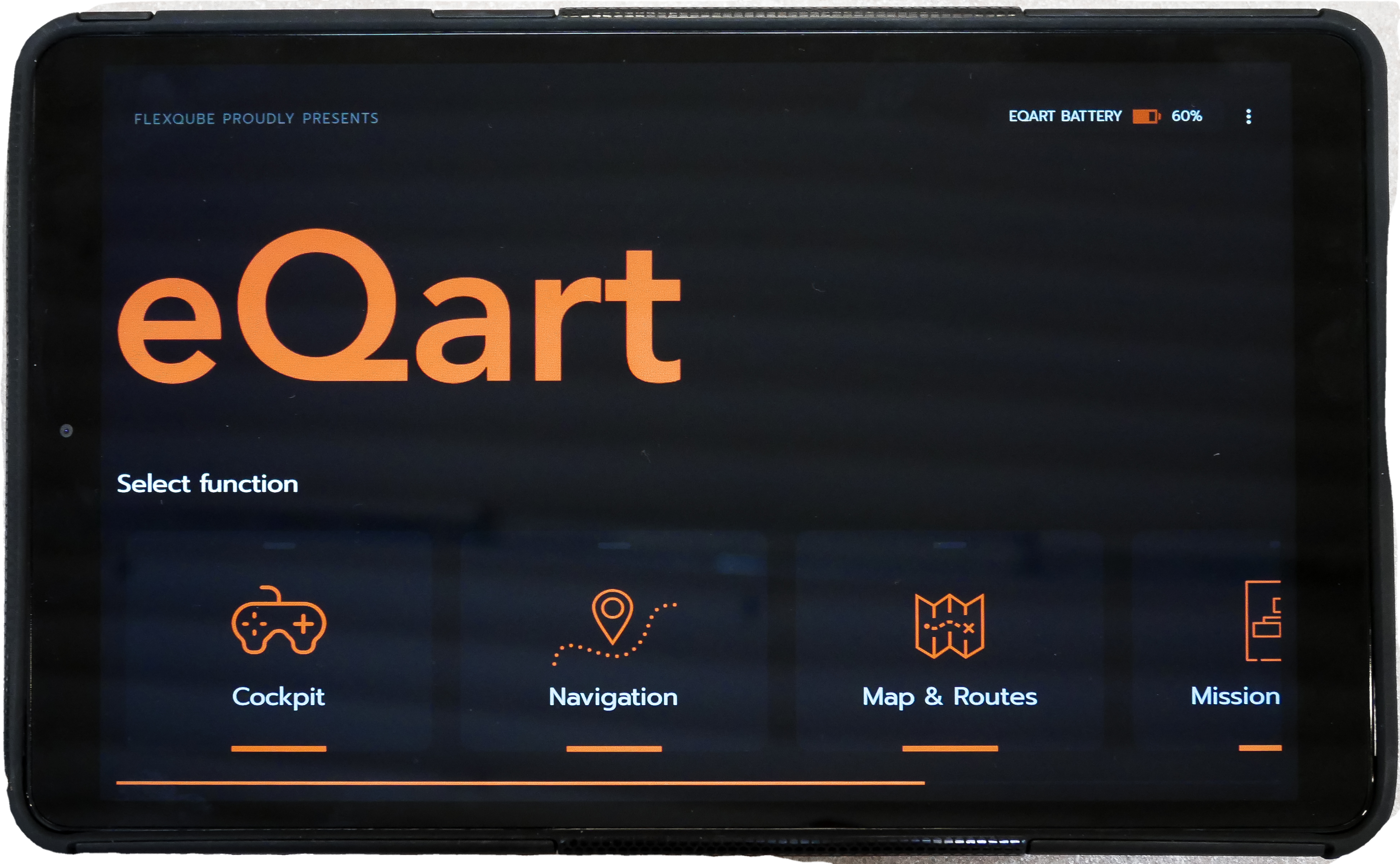 The eQart cockpit has been designed with the operators in mind. Each eQart is delivered with a tablet, which is used as the main driving and interaction unit. This is so that each eQart can be communicated within a simple and easy to understand way. Tablets and applications have become everyday use, and most employees understand how to use them with ease. This lowers the barrier between the eQart and your operators, as operators can easily use the tablet to communicate and give commands to the eQart. Compared to other automation solutions on the market, operators have limited options in communicating with the robot. This increases the barrier between robot and operator, moving further away from user-friendliness and simplicity.

The eQart was designed from day one as a solution that will become the easiest to use automation solution on the market. While it may not automate entire processes, it is evident that this is not all automation projects’ goal today. 76.92% of respondents in the industrial automation survey stated that improving efficiency is the number one reason for implementing an automation solution. Implementing the eQart will lead to an improvement in efficiency without implementation or integration headaches that come with other solutions on the market.

Some of Our eQart Solutions 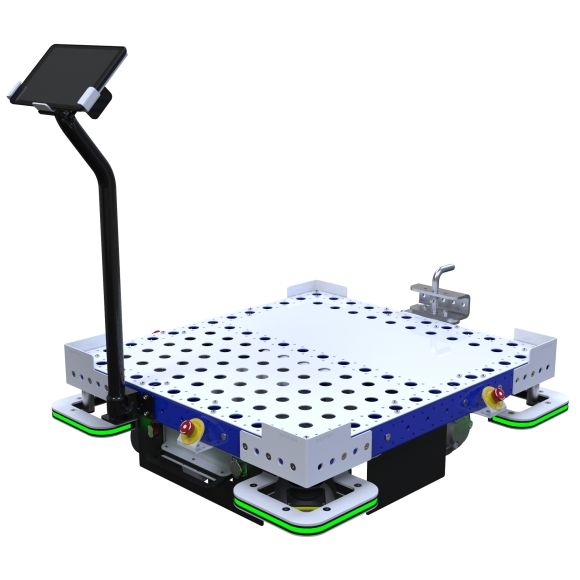 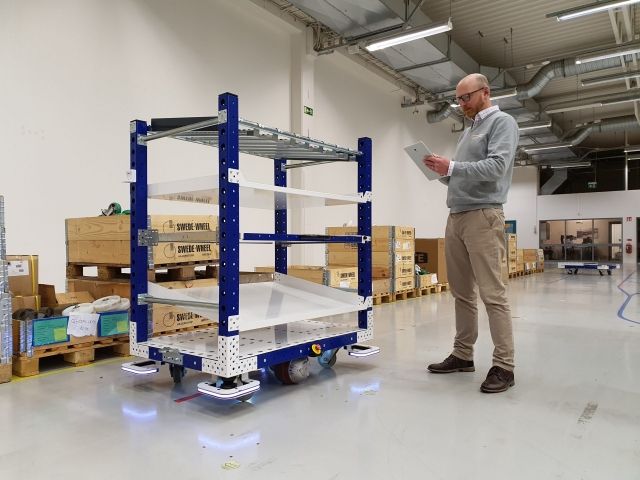 FlexQube is beginning to offer virtual eQart demos for customers

FlexQube is proud to announce that we have begun offering online virtual demos of our eQarts. Because we have found great success with offering online design on-demand sessions we wanted to continue with the theme of online meetings. 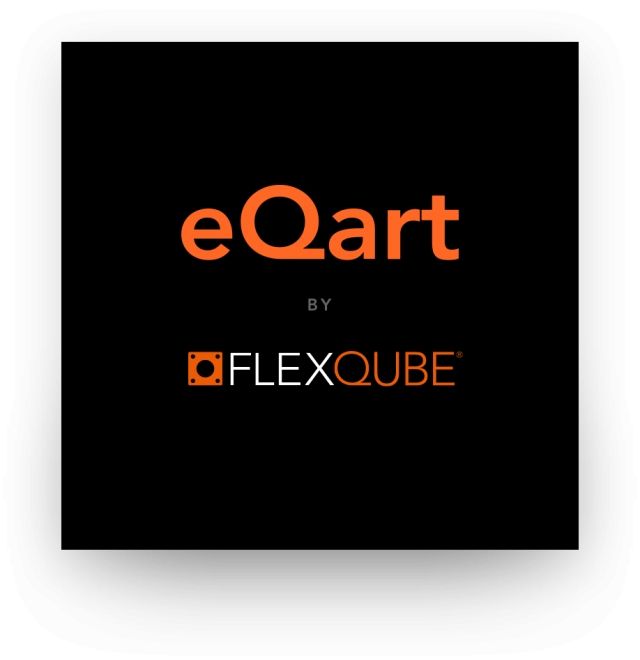 With the eQart system, our focus and goal are to continuously improve upon the platform and add more value to our customers.