What is Milk Run in Logistics?

Back in the days, the Milk Run was used by the dairy industry where one tank collected milk from various farms and delivered to the milk processing firm. This same delivery method is nowadays used in logistics to optimize the delivery process and efficiency in manufacturing facilities.

By mixing the Milk Run with Intralogistics, FlexQube embraces the method to solve firms’ transportation processes by transporting materials from a central storage area to different sections within your facility, to prevent overstocking and increase efficiency.

How Does Milk Run Apply to Material Handling?

Using the Milk Run method within your facility/factory has become quite common for many lean manufacturing facilities. Remember that the lean concept focuses on optimizing every aspect of production including material handling and transportation. The Milk Run method simply allows more frequent deliveries of materials and supplies to more than one assembly area or section of your facility that needs to be re-stocked. Often this helps reduce the levels of overstocking or having to manual call for more materials.

It also keeps production processes flowing across the shop floor which drastically reduces downtime. This is why it is regularly applied to optimize a supply chain.

In the most common form of this set-up, operators and material handlers conduct defined standard delivery routes throughout the facility. These deliveries are most commonly made to areas of the facility that are in constant need of being re-supplied and are most commonly located on the assembly line. These delivery routes are normally timed out during the shift to operating at peak efficiency, to ensure that the assemblers can continuously assemble according to production schedules.

Using a tugger train system is most common when implementing a milk run route within your facility, as using a forklift to complete these routes is very dangerous and quite inefficient. This is due to the versatility of tugger train systems. The system supports the use of different cart configurations and is built to navigate aisles and pathways forklifts will struggle with. The safety record of tugger trains is another reason why it is best for implementing the Milk Run method.

In a larger set-up, there will be more material handlers back at the storage area/supermarket preparing the next milk- run route so the driver of the tugger can easily begin his next delivery route. Whereas in smaller operations this is completed by the same material handler/driver. Thus, the method used in preparing the next delivery route usually depends on the size and practices in a factory or warehouse. 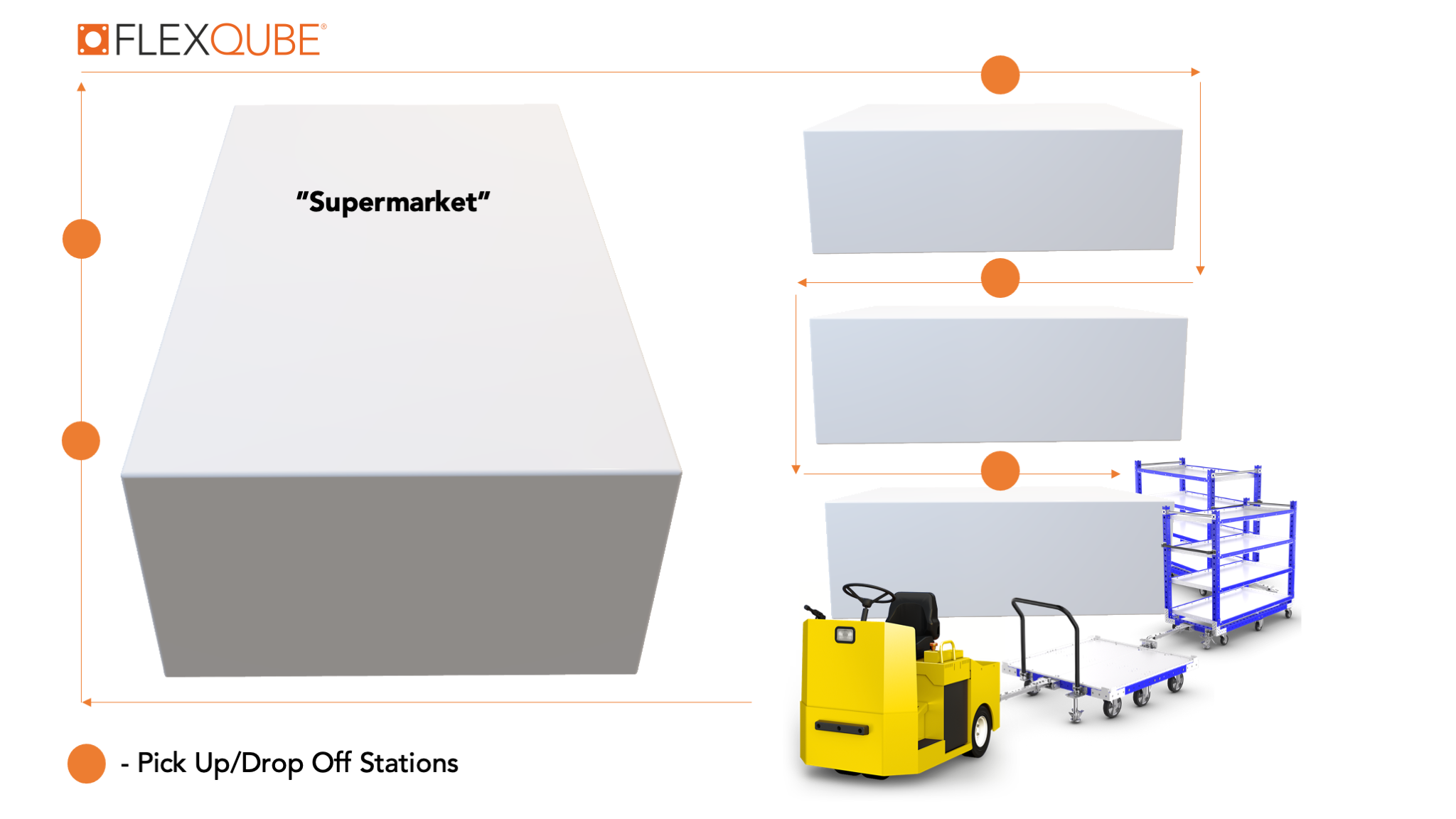 Generally, the steps within a milk-run route can be reduced down to:

The biggest challenge when initially setting up Milk Run routes is the design and creation of the routes and the timing of the intervals. This is because it’s the determining feasibility factor when establishing the method.

This can take a lot of testing, experimenting and time before you get it right. The layout of your facility/ factory is one of the key factors in how you would need to set up your milk run routes. The area of the route and the distance from the storage area to the different assembly stations all play a big role in the effectiveness and efficiency of such a route.

Also, the amount of demand your assembly stations would generate and how often they would need to be re-supplied. This can be difficult to manage and implement because many times the production schedule is unknown and can often change. So, the final Milk Run plan must take into consideration these factors and the effect of real-time occurrences.

Using a Milk Run system should be a part of a bigger lean process implementation for it to be truly effective. It doesn’t take a single milk run delivery to say that you’re doing it properly. It might take years of practice and modification of the approach until you can say that you’re doing it efficiently. FlexQube works alongside many organizations that have implemented milk run routes into their material handling practices with great success. On top of this, the FlexQube concept lets our customers create material handling carts that can match any type of materials that you would want to deliver in a milk run route.

If you’re looking at beginning with tugger carts, contact us at sales@flexqube.com 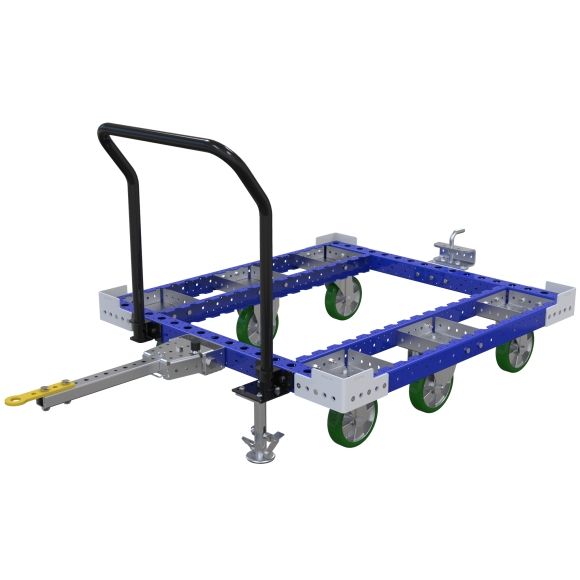 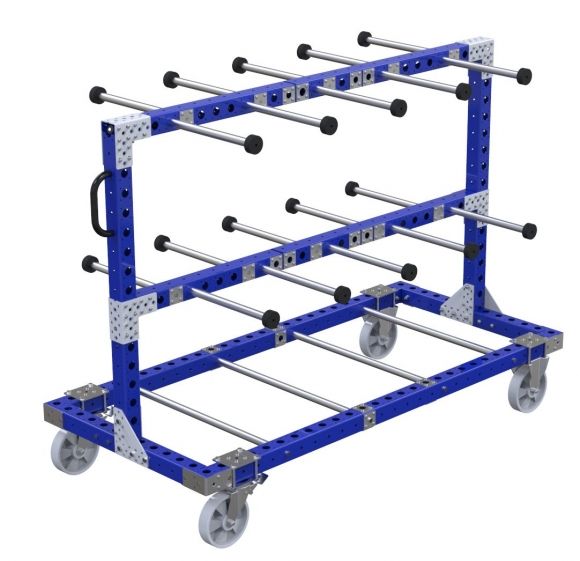 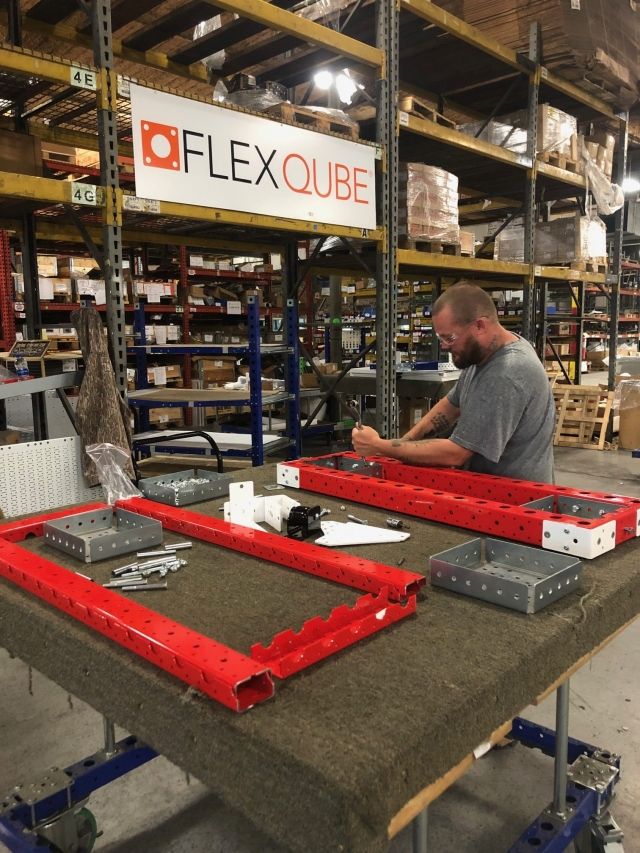 As the public continues to get used to improved service levels from online retailers, industrial manufacturers are increasingly expected to efficiently meet product delivery timelines. 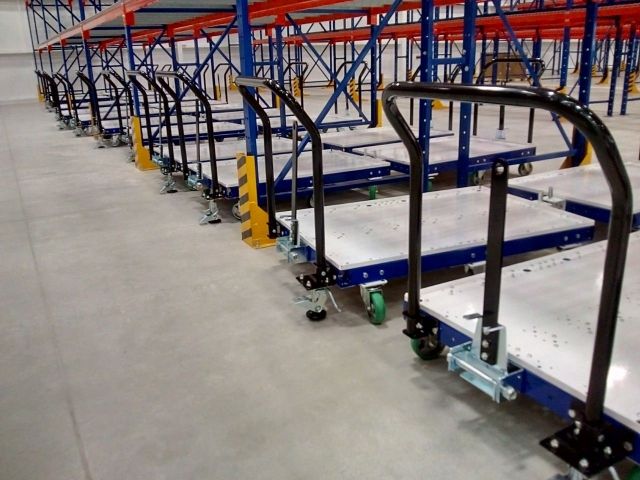