FlexQube has won a considerable order worth 1.1 MSEK (€100,000) from a Slovakian automotive supplier. The order consists of two versions of extendable shelf carts. Thirty-eight of the two varieties will be shipped to the automotive supplier with delivery in October 2019.

The automotive supplier initially came to FlexQube with the need for finding solutions to improve their ergonomics and picking while making an impact on the overall material flow.

There was considerable evaluation between FlexQube and other suppliers; however, after evaluating the prototype, the customer decided to go with the two carts designed by FlexQube. After testing the two varieties, the customer only had extremely positive feedback for the carts. The deciding factor was the ease that the operators could push the carts when they were fully loaded. Because of this, it made it much smoother for the operators to transport the carts and in the long run, make the facility more efficient. Of course, the ability to easily change the height on the shelves also made an impact on the final decision. The carts could be adjusted to transport pallets or small bins and boxes. 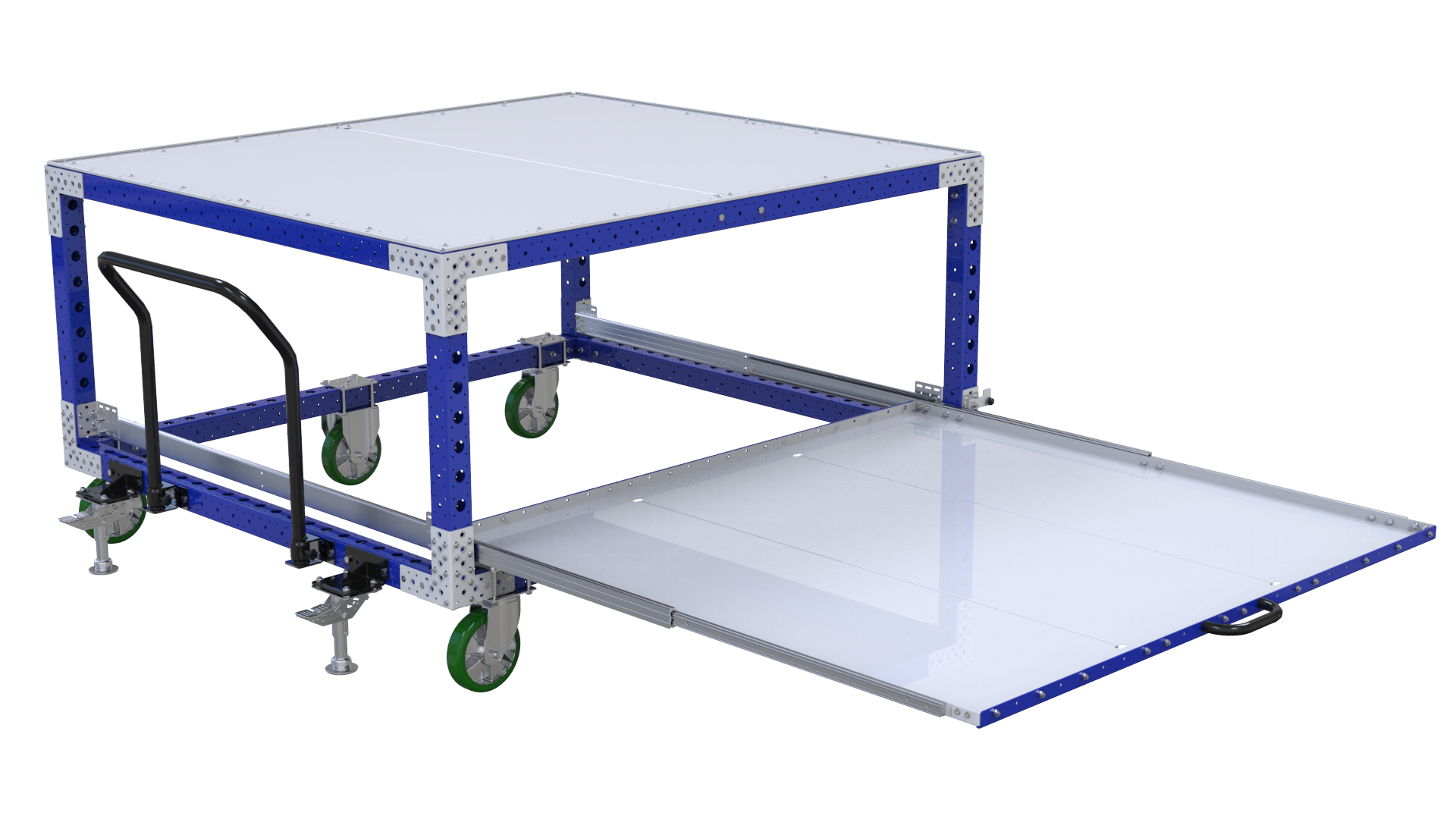 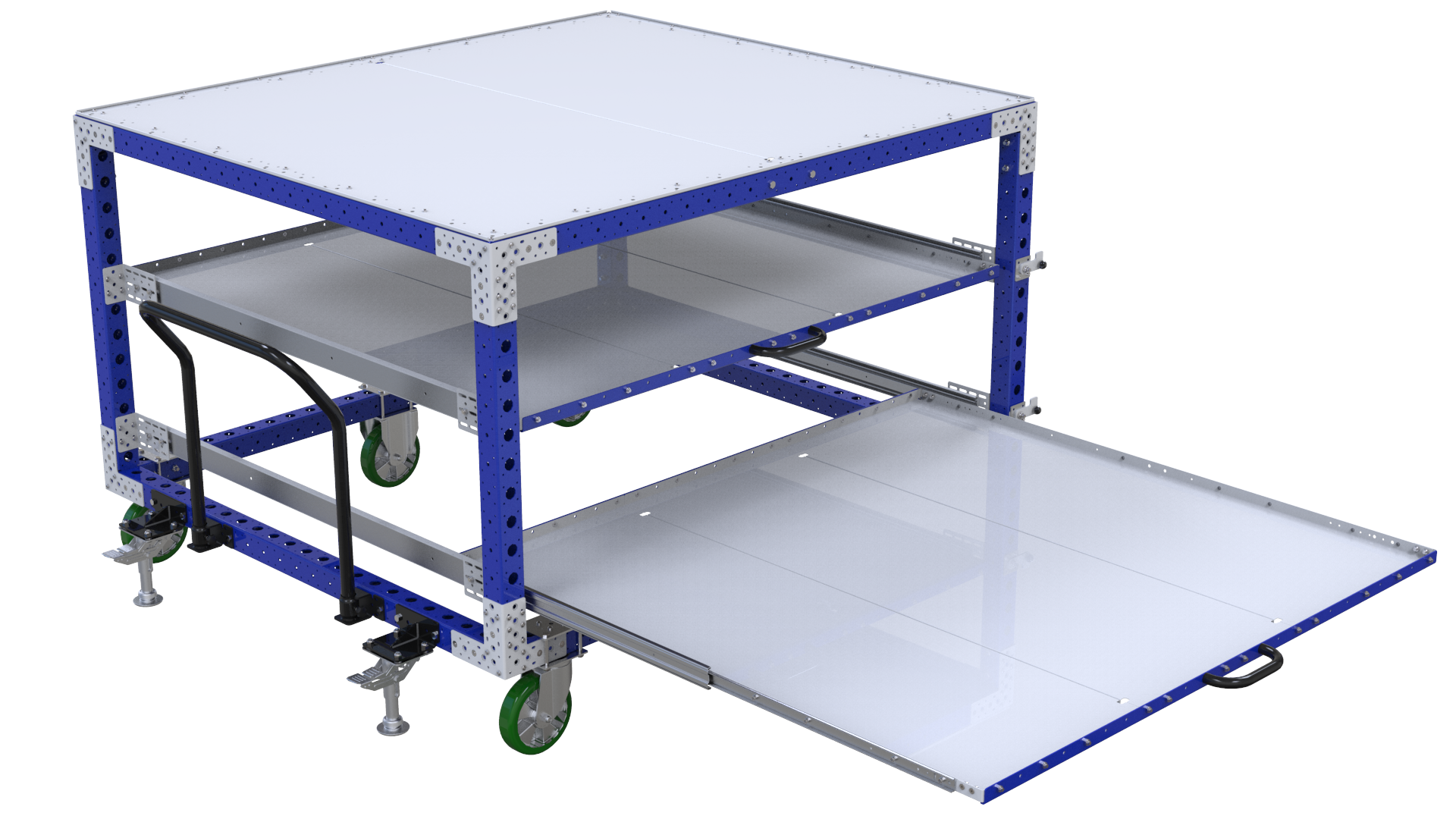 This cart is the same dimensions as the above cart but comes with an extra extendable shelf. On the top is a solid flat shelf and underneath that, there are two extendable shelves. This cart was designed to transport smaller materials and small bins and boxes.

Both carts come equipped with ergonomic handlebars which make it easier for the operators to transport the carts. Both carts also have floor lock brakes which keep the carts secure when not in use. 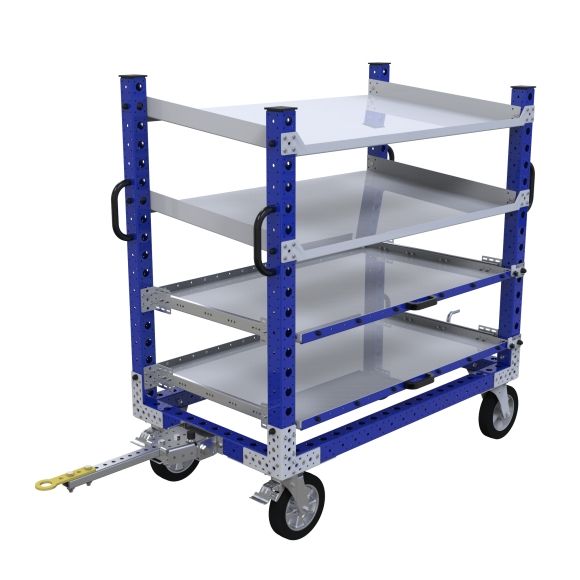 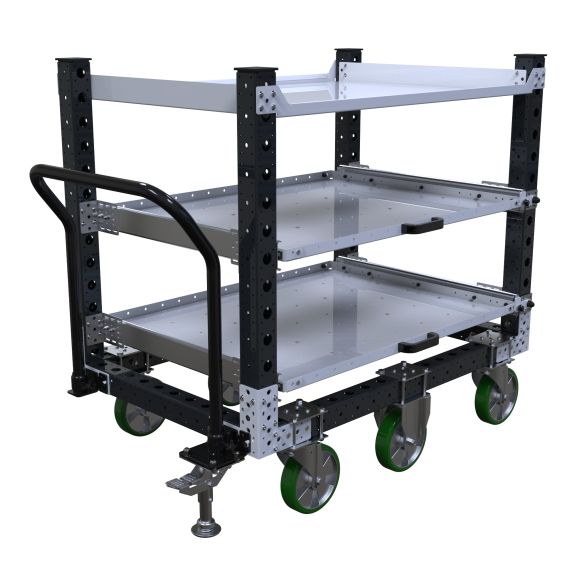 Learn how we have helped others 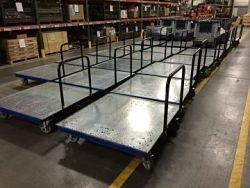 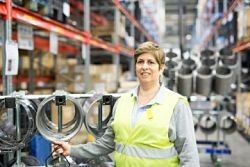 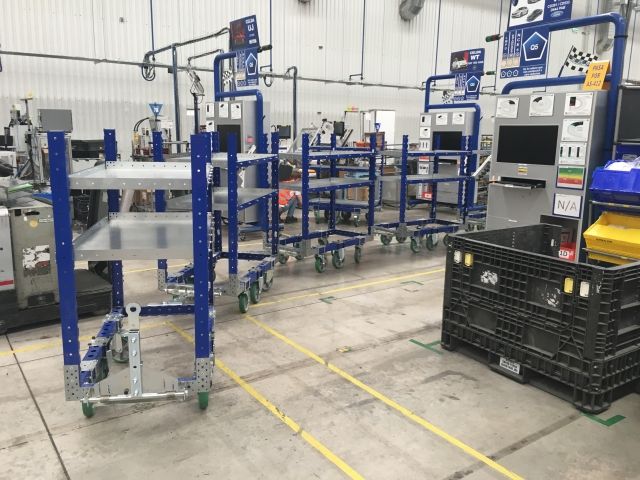 In warehouses, manufacturing facilities, shop floors, and factories material moving equipment play an important role in moving materials from one place to another. 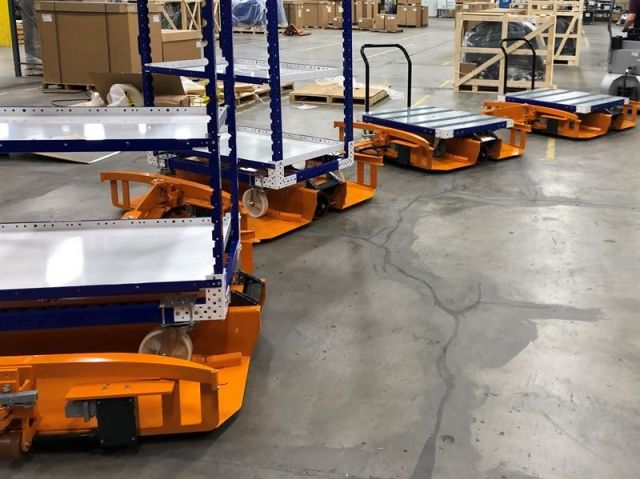 FlexQube receives an order worth $400 000 from Mann+Hummel

FlexQube has received an order for material handling trolleys and Liftrunner B-frames from Mann+Hummel Filtration Technology US LLC.