A Short Overview of Industrial Robots

Industrial robots are robots that are used in a variety of industrial industries to improve and automate their processes.

According to the IFR (International Federation of Robotics) there were over 400,000 installations of industrial robot globally. This was an increase of 6% when compared to the numbers from the year before. So it’s obvious that these types of robots are here to stay and we thought it was time for to write a short overview of what they are, which industries they are most commonly used and the different subcategories of industrial robots you will find.

So, what is an Industrial Robot?

A typical industrial robot is automated, can be programmable and usually moves on a number of axes. However, as technology has developed and new tasks for robots has been found many subcategories of industrial robots have begun to pop up.

The most typical applications that industrial robots are used for are welding, painting, palletizing, packaging, and labelling. The use of industrial robots focuses more on dirty, dangerous or repetitive tasks and they will accomplish these tasks with efficiency, accuracy and consistency. 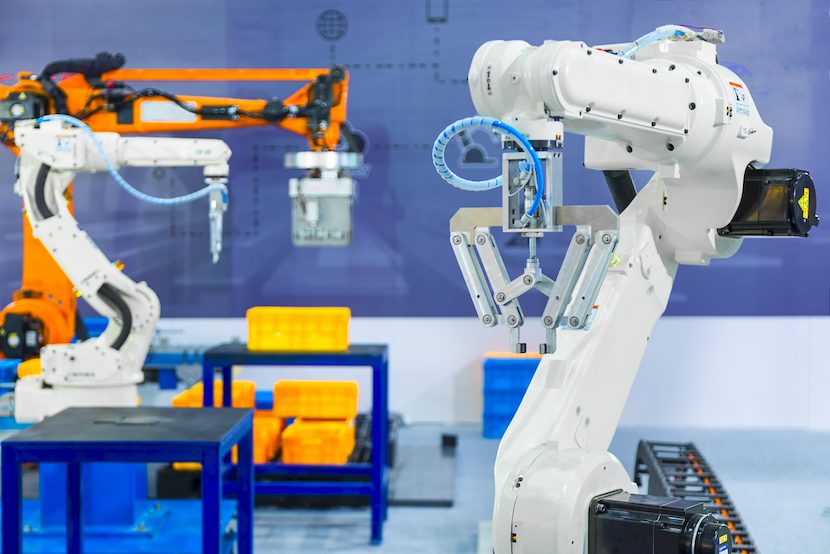 In which industries are they most common?

The automotive industry is the single largest industry that has adopted industrial robots into their facilities. OEMs, tier-one suppliers have adopted these quite quickly with Asia leading the way in the beginning. However, Europe and North America have increased their pace in adopting industrial robot units, due to labor shortages and demands to embrace automation. According to a McKinsey report, the automotive industry supposedly accounts for 126,000 installed units worldwide.

The second largest industry to adopt industrial robots is the electrical and electronics industries. Once again, they are predominant within the Asian markets, but the European & North American markets have begun to pick up in adoption rates.

The Different Types of Industrial Robots

When you first picture industrial robot, the first type of robot that comes to mind is generally this one. It has two or three rotary joints and can swivel on its axis, making these types of industrial robots very common for repetitive tasks. Many suppliers also can provide a wide variety of different grippers or heads, that means they can perform a wide variety of tasks. However, they are most commonly used for welding, painting, assembly, palletizing.

This form of an industrial robot is quite simple and consists of three axes of control, situated at right angles to each other. Gantry style industrial robots are perfect when facility space is short because they can be installed overhead, rather than installed in the floor.

SCARA stands for Selective Compliance Assembly Robot Arm and they are designed after a human arm with an elbow, shoulder, and wrist. It has three axes, the z-axis is rigid, while the x and y axes are flexible. These robots are ideal for fast repetitive tasks and the exact point to point movements and actions.

Collaborative robots are designed to work directly and alongside humans. These robots are installed in areas of facilities that are defined as shared spaces that both robots and humans need to perform in. These robots are generally equipped with machine learning capabilities so they can be more easily programmed.

This form of a robot is not designed around a fixed installation, but are however mobile, meaning they can move and transport goods. These type of robots have seen many installations within distribution and logistics industries, yet, have a lot of potential within manufacturing industries. Navigation for these robots is most either internally, such as advanced software or externally such as tape or a magnetic line. Our own eQart is navigated via a contrast on the floor, such as tape or paint.

This gives you a brief overview of industrial robots, what they are, how and where they are used, and the different types of robots available. 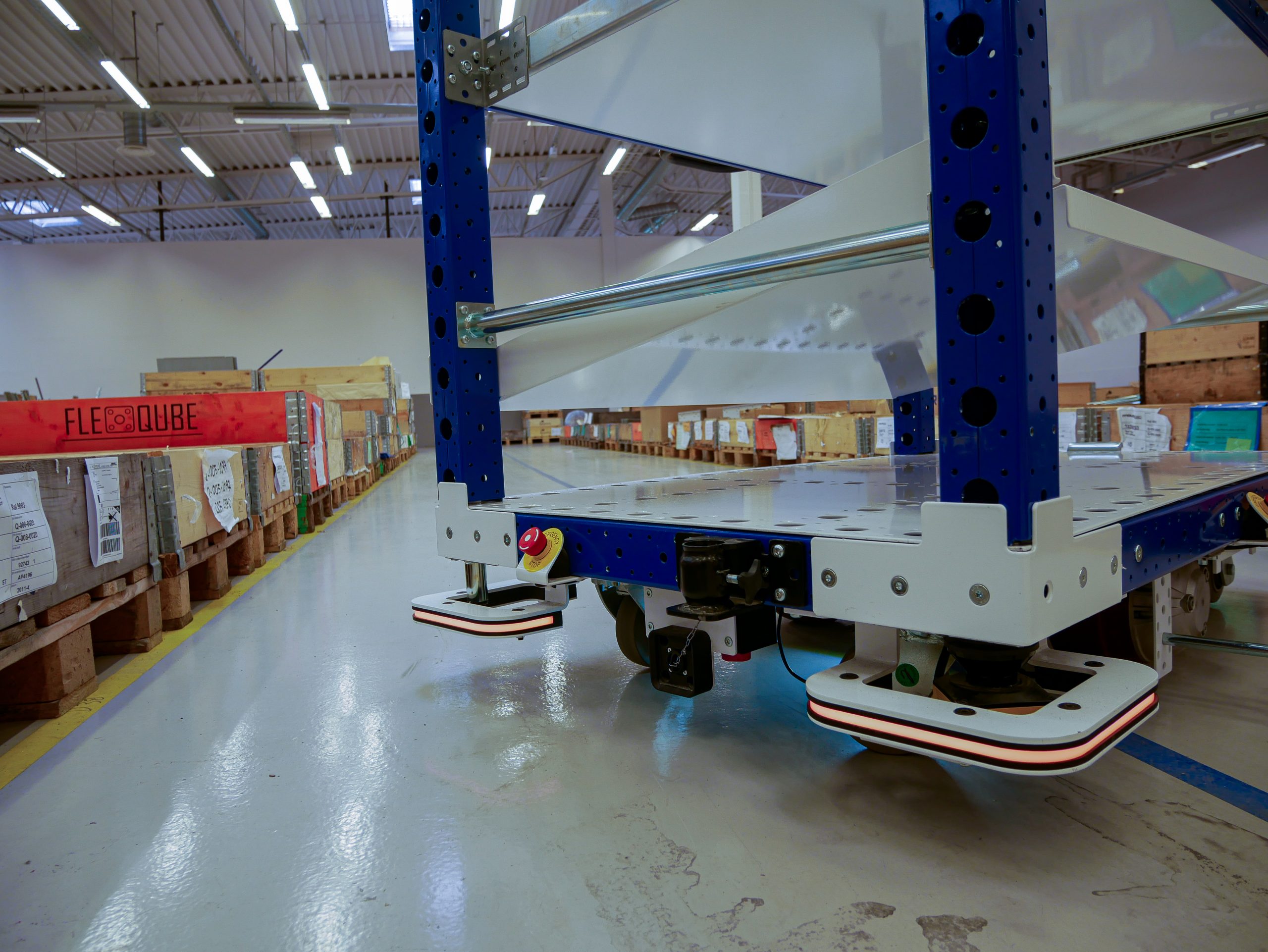 Learn more about our eQart

Our eQart is our first step into the automation world-building on our flexible mechanical concept. The eQart is a smart cart that can automate set routes with ease. FlexQube has years of experience helping manufacturing facilities find the right type and style of material handling carts and we have put this experience into designing an automation solution with that at the forefront. 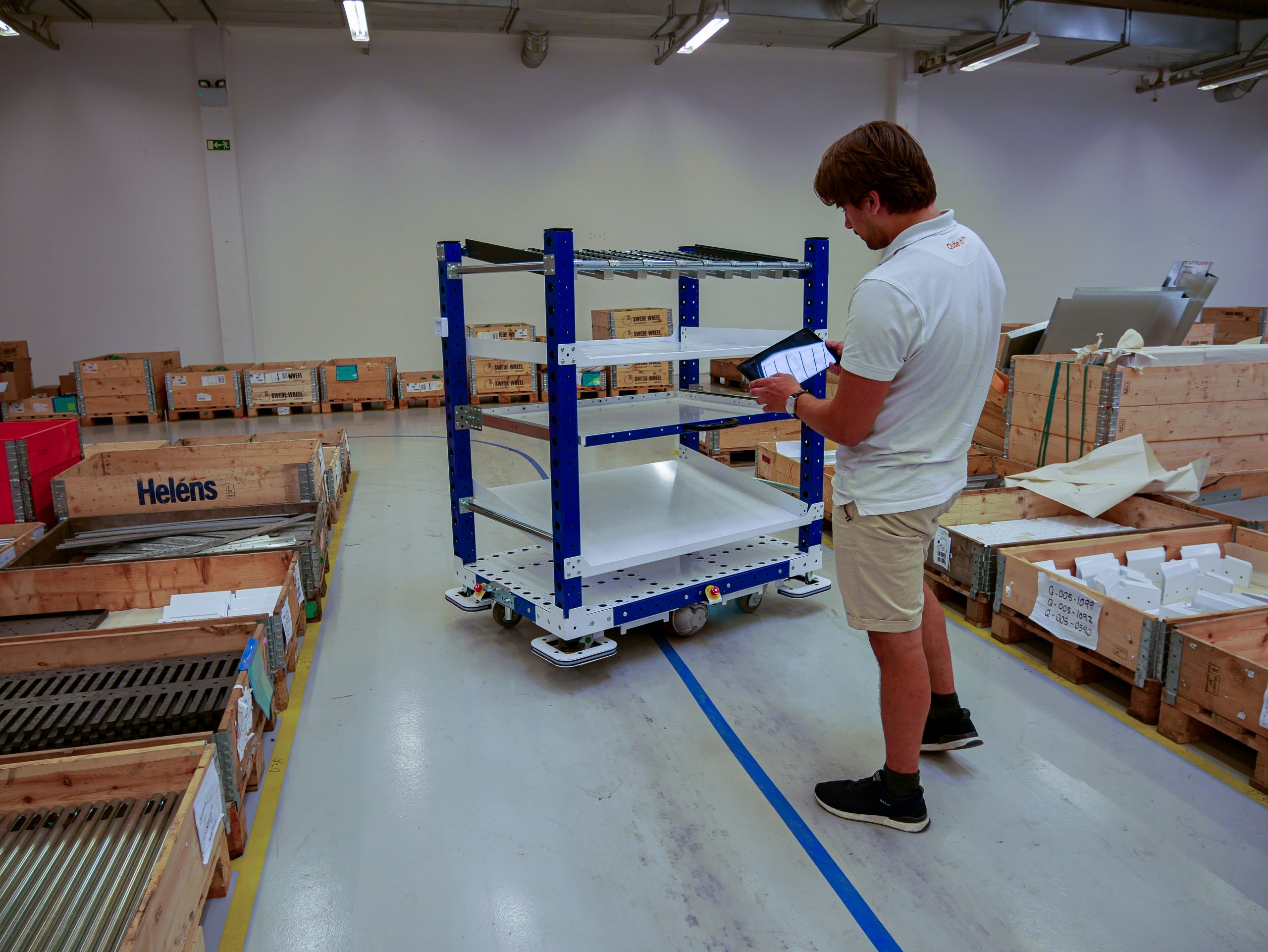 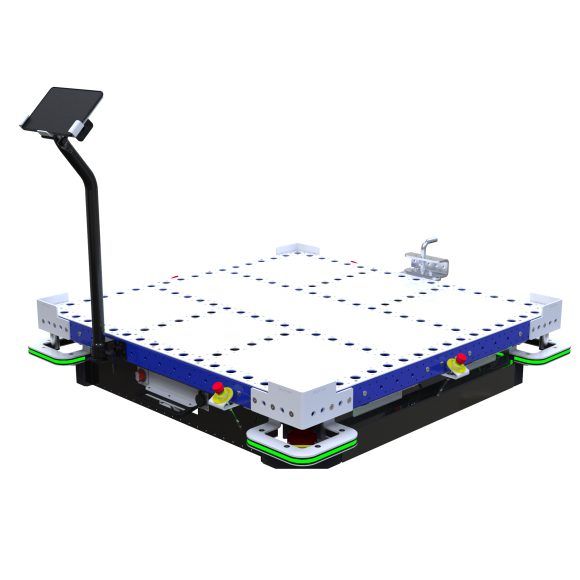 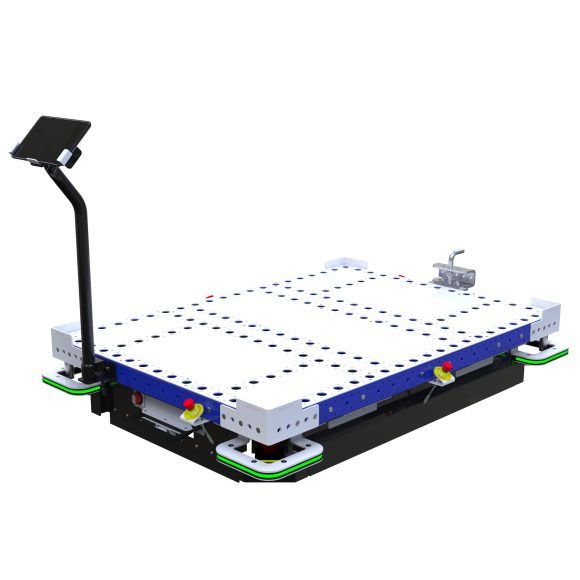 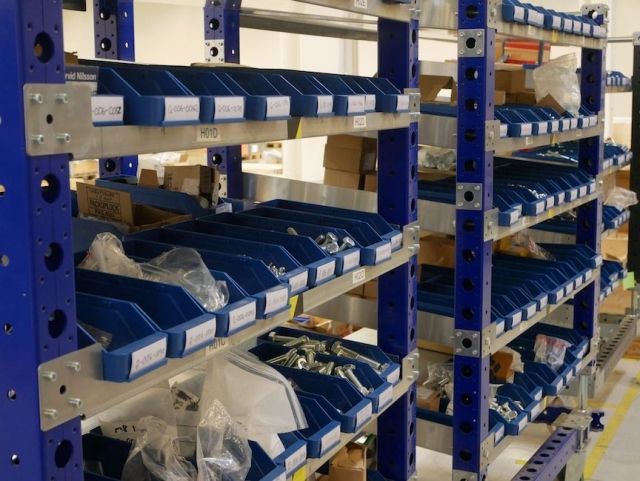 The Ins and Outs of Flow Racks

Flow racks have been commonly used within manufacturing facilities for a long time and have become one of the most common types of material handling equipment used. 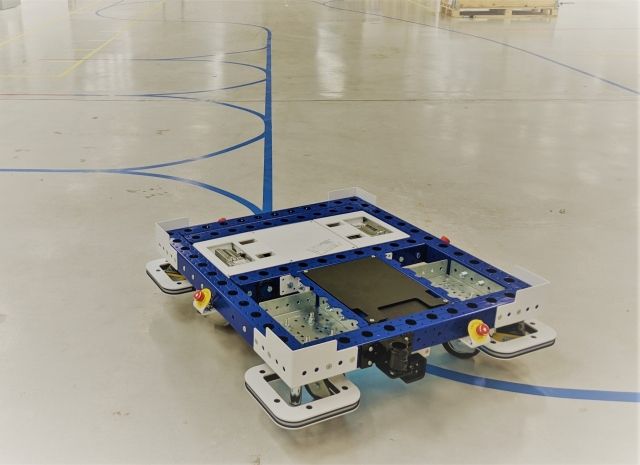 Part Construction AB in Kalix, who manufactures prefabricated bathrooms, has ordered two eQarts that will allow them to automate the transport of material carts internally in their plant.