FlexQube and Oda Norway AS, a leading company for online sales of groceries, has entered a partnership and signed a framework agreement for future deliveries of material handling equipment to both existing and upcoming facilities.

The framework agreement runs for a period of four years and given the volumes previously delivered to Oda, the agreement is estimated to be worth at least 10 MSEK annually for the coming four years.

The patented concept by FlexQube, where everything is bolted together, means that the equipment to the new facilities can be delivered unassembled and instead assembled onsite at the customer. This means that the need for transportation is reduced by 70% hence a significantly lower environmental impact.

CEO Anders Fogelberg comments: ”The partner agreement means significant volumes for us in the coming years and is an important milestone for FlexQube where we, through our concept, will help Oda to run the world’s most efficient picking operations of groceries.

Looking at our previous deliveries to their operations I estimate that the volumes can be greater and come earlier when more details of the expansion plans for Oda are completed in the coming months.

This is also evidence on how diversified and competitive our concept and offering are; where we can create the best solutions for both the manufacturing industry with e.g., Tesla, Siemens and Mann+Hummel as well as for distribution- and e-commerce with e.g., Oda and Amazon.”

Oda is a technology company based in Norway focusing on e-commerce of groceries. The company was founded in 2013 and is owned by Kinnevik, Softbank, Prosus and REMA 1000. The company is valued at 10.2 billion SEK and has the world’s most efficient picking operations with a UPH (units per hour) at 212. The first facility was built in Lørenskog outside Oslo, Norway in 2015 and Oda is currently building new warehouses in Finland and Germany.

FlexQube is a technology company headquartered in Gothenburg, Sweden with subsidiaries in USA, Mexico, Germany and England. FlexQube offers solutions for cart-based material handling using a patented modular concept. FlexQube develops and designs customized solutions for both robotic and mechanical cart logistics. Through the own developed and unique automation concept FlexQube can offer robust and self-driving robotic carts. FlexQube has more than 850 customers in 35 countries with primary markets being North America and Europe.

FlexQube’s customers can be found within the manufacturing industry, distribution- and warehousing. Some examples of major customers are Tesla, Amazon, Volvo Cars, Siemens, Autoliv, Scania, Oda and Mann+Hummel. 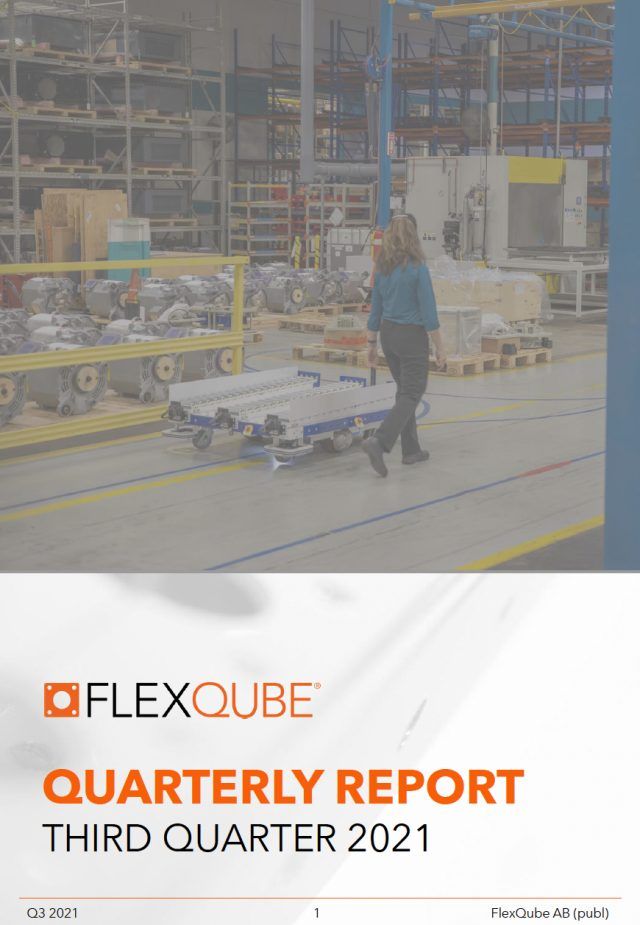 FlexQubes report for the third quarter 2021

Order intake for the third quarter amounted to 40 MSEK for the first time for a single quarter and it is over 24 % higher than our strongest quarter to date, which was the second quarter of this year. 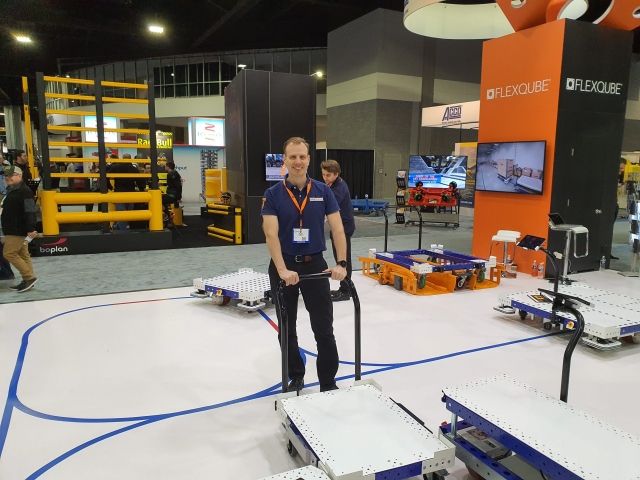 Where to meet FlexQube in the first half of 2022

We have begun preparations to meet as many customers as possible by exhibiting at three different trade shows in the first half of 2022.