JLG Industries needed a way to bring the materials closer to the assembly line in a flexible manner.

Within this project, the walking distance needed between the product & the material facade. A small, inefficient supply also needed to be improved for the operators. The overall ergonomics and safety needed to meet a minimum standard of requirements.

A customized mother-daughter solution was used designed with a custom shelf and two daughter carts. This small mother cart was able to be moved up close to the products while in the assembly area, hence reducing the walking distance. Tow bars were also attached to enable transportation within a tugger train system.

This two in 1 mother-daughter cart was designed with custom shelves on the other side from the daughter carts. It was small enough to be placed close to the final products along the assembly line. It also came with a tow bar so that it could be transported within a tugger train system. This cart is a perfect example of how the FlexQube® concept can be altered to fit your needs & requirements.

The supply of small bins & boxes to the assembly line was not efficient.

There was a need to bring more containers at the same time to the assembly areas, but also to minimize the number of times operators handled the bins. The assemblers were also walking long distances between the assembled product and the line side to fetch material. Therefore a more mobile solution was needed.

A new cart setup was born

Using a large mother-daughter cart with shelves on one side and two daughter carts on the other side were born. The intention was to store bins with fasteners on the shelves, and the two smaller daughter carts could be packaged together and driven to the assembly line. The daughter carts could then be disconnected from the mother cart and brought closer to the operator while performing assembly work around the boom lifts. 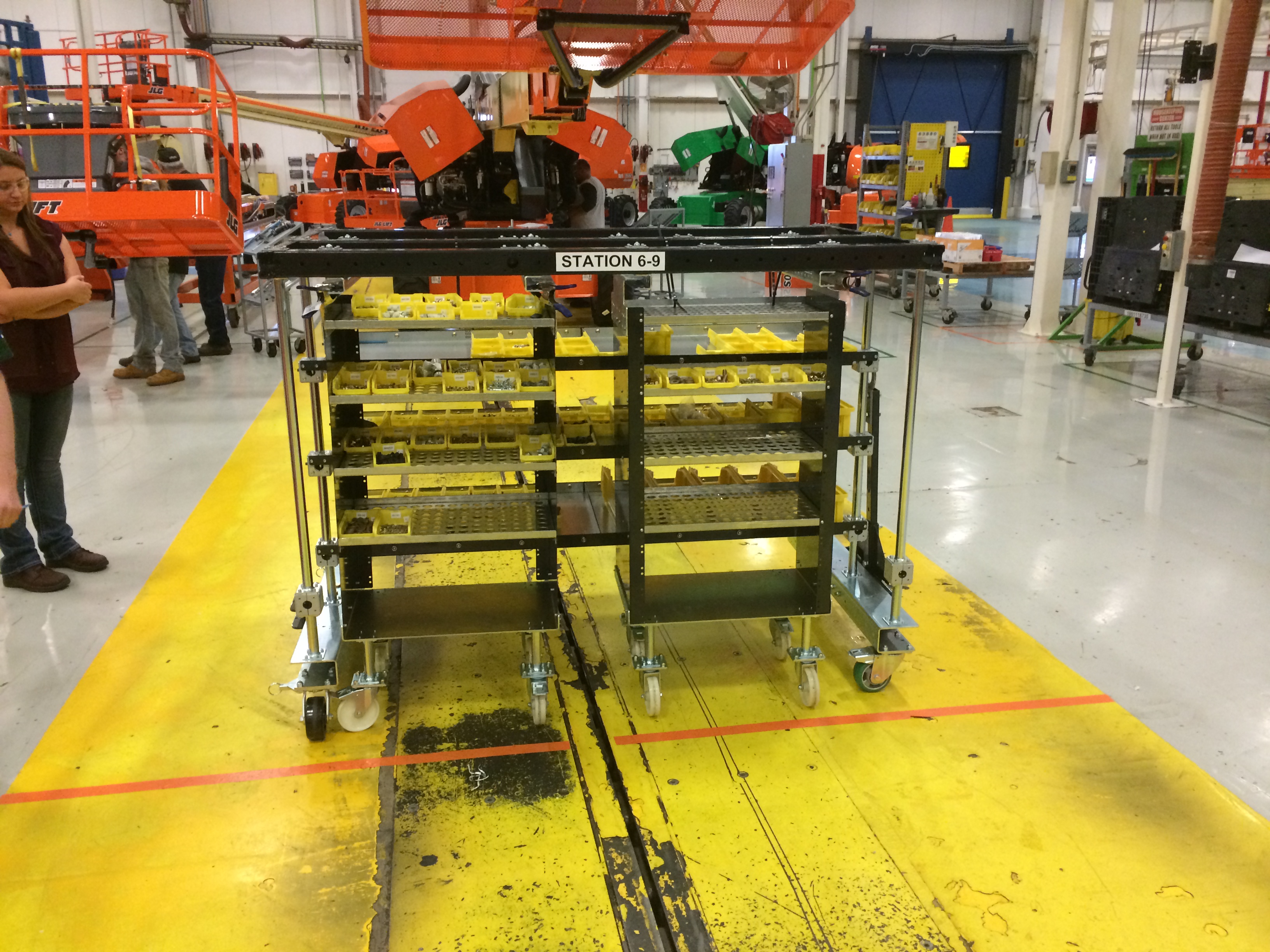 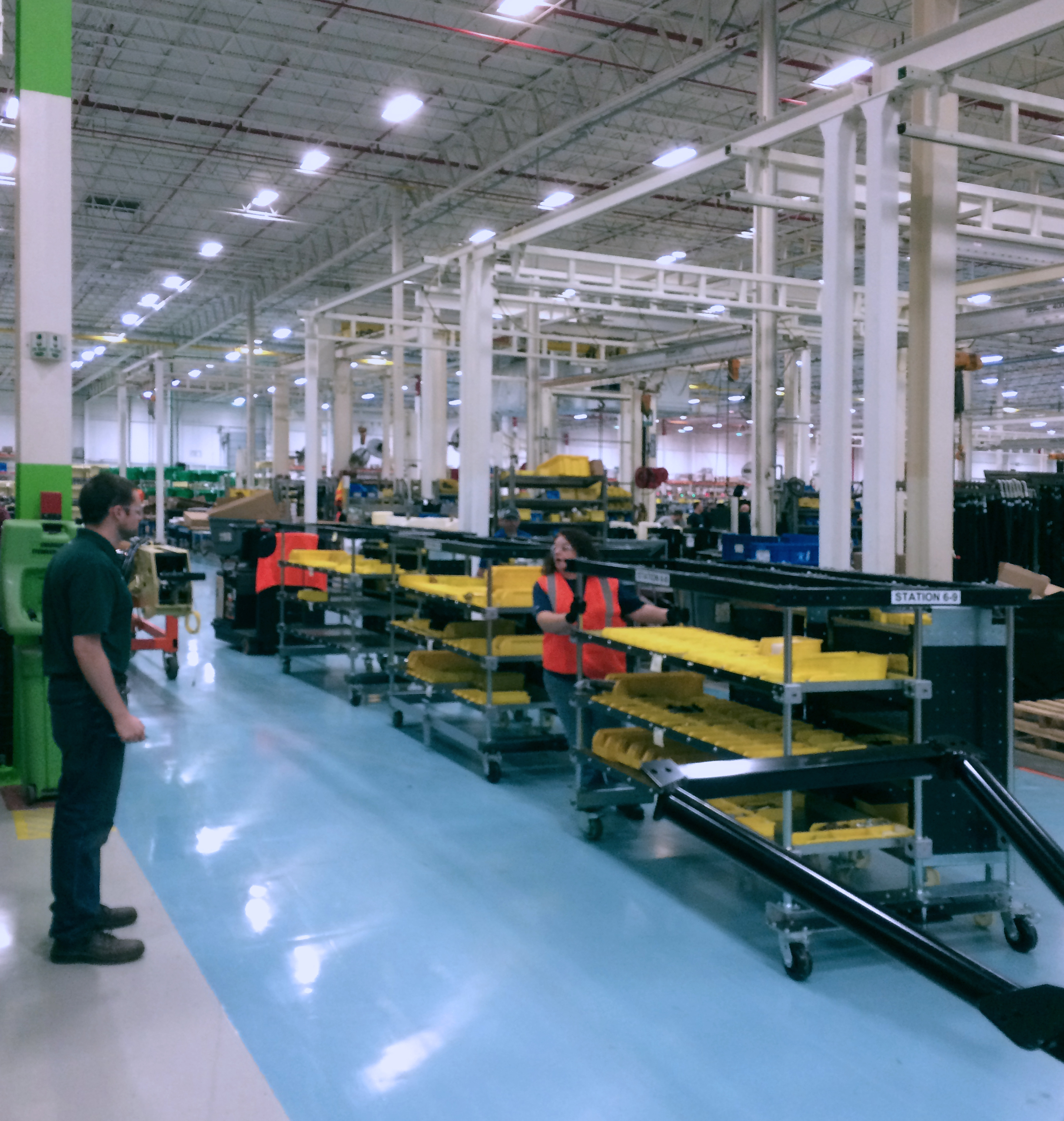 JLG decided to reconfigure the mother carts in order to accommodate four small daughter carts instead of just two. 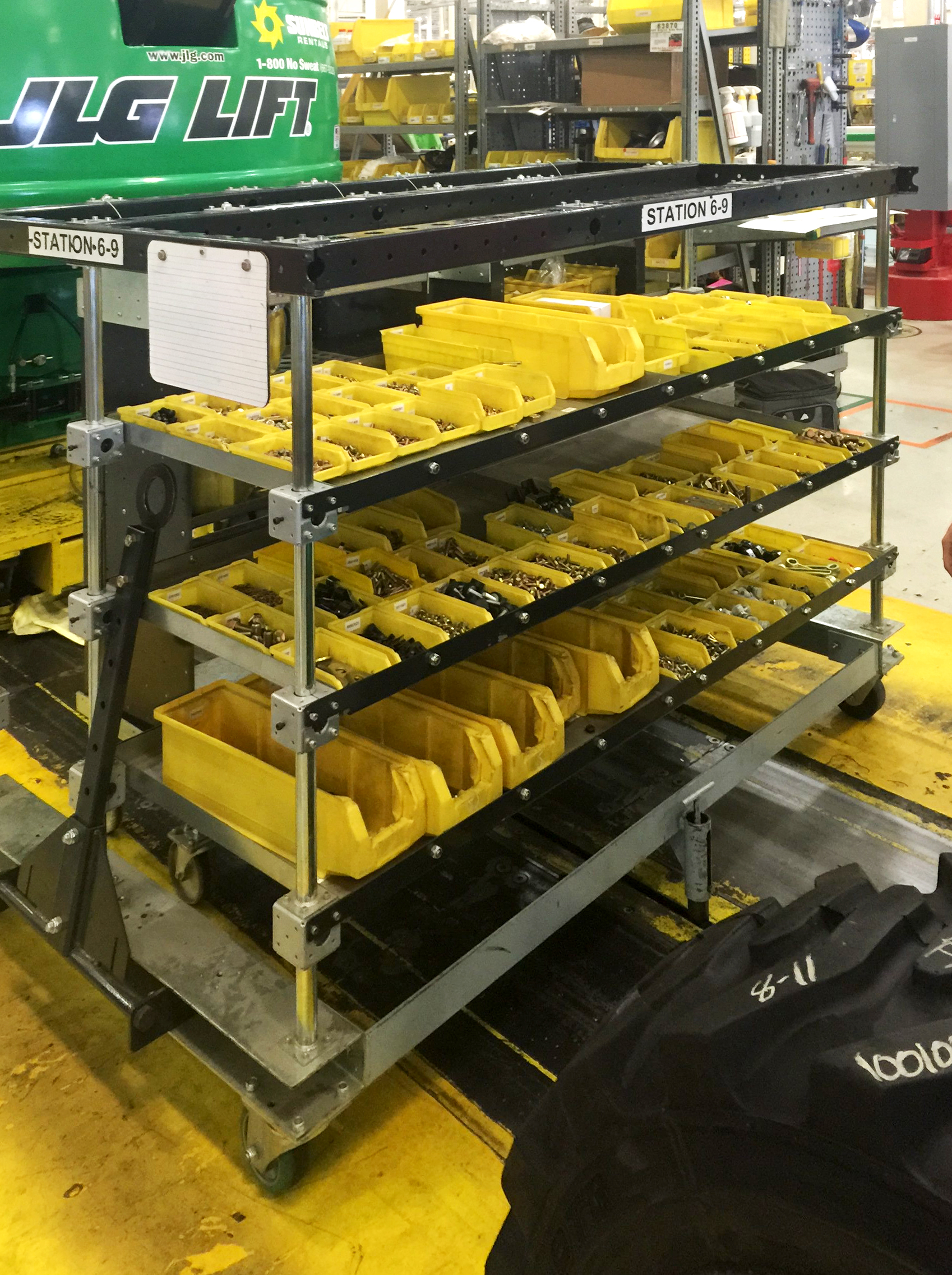 Valuable and flexibility to the customer

This meant that two on either side of the mother cart could be removed and placed closer to the assembly line. This showed how valuable the flexibility of the concept was to the customer, if not for the flexibility JLG would have had to have continued with only two daughter carts.

Reducing the amount of time

In each of the tugger trains, three mother carts were transported meaning a total of twelve small carts being hauled to the assembly line at the same time. Using these carts has allowed JLG to reduce the amount of time waiting for new materials greatly. Ensuring the operators don’t need to remove themselves from the assembly line to walk and collect more material.