Kolonial.no was able to implement a fleet of robust & flexible carts. 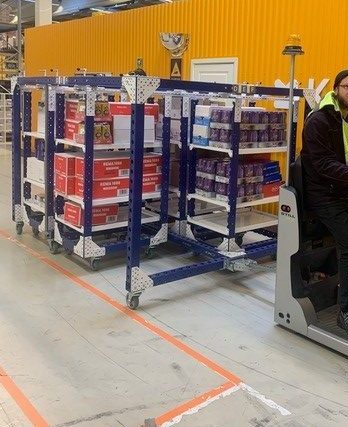 Kolonial.no started in 2013 intending to deliver the best customer experience when grocery shopping online. Today they are Norway’s largest online supermarket, they have been the fastest-growing company within their segment. That kind of growth also comes with significant challenges in intralogistics, operating an efficient distribution center for a well-sorted online supermarket, while setting high standards at reaching their goal of creating the best customer experience possible.

Kolonial.no was facing a few challenges with their material handling. One of the challenges was the fact that they have a very large distribution facility to host a large number of products for their customers. An ample space challenge, in intralogistics in many ways, for example, making transports within the facility efficient, keeping the distance that operators need to walk to a minimum in order not to lose efficiency nor lose the ergonomic point of view.

FlexQube's material handling carts offered the possibility to change how many shelves each cart could have and alter the spacing in between those shelves without losing any robustness. Using Mother-daughter solutions in a tugger train also helped improve the ergonomics and reduced the walking distance for operators working in the facility. Since the new fleet of carts also can be adjusted accordingly, Kolonial.no was able to achieve better internal processes.

A close collaboration between FlexQube and the development team at Kolonial.no, material handling carts were configured to fit their aisles, processes, and materials. A total of 135 daughter carts and four mother carts were implemented in the warehouse. By moving away from welded solutions and applying tugger trains, Kolonial.no has created a better flow within their facility and a better work environment for their employees.

Kolonial.no is transporting a wide variety of products.

Kolonial.no was facing the known challenge of everchanging products. Every transport could contain different sized and weighted products, which put pressure on the material handling carts. The industrial carts that Kolonial.no had been using were somewhat flexible in the way that you could change the spacing between the shelves on the carts. But they were not robust enough for all the products that they needed to transport.

Further, Kolonial.no’s aisles were not big enough to turn around the carts easily. Through collaboration between FlexQube’s engineers and the development team at Kolonial.no, customized material handling carts were created. To be able to configure an existing design made it possible to adapt the carts to Kolonial.no’s facility prerequisites, and not the other way around. 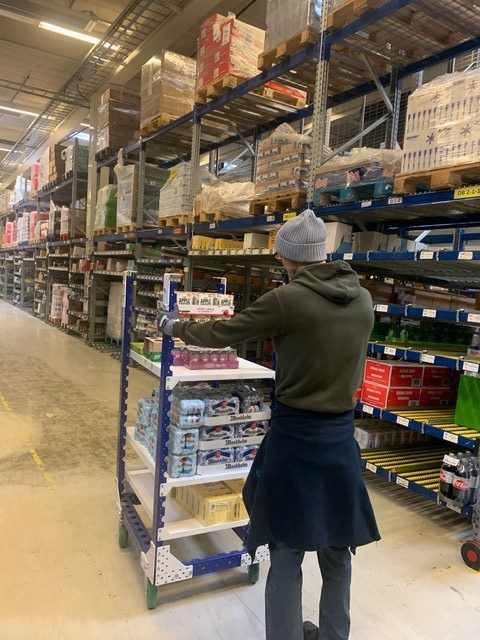 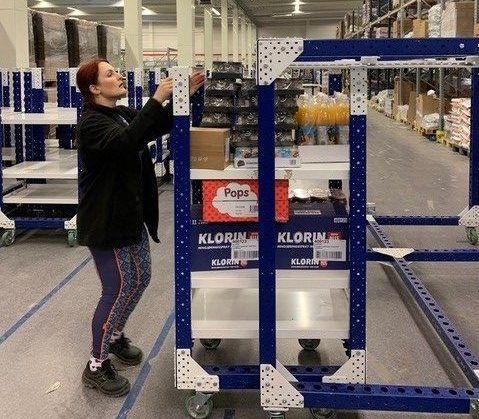 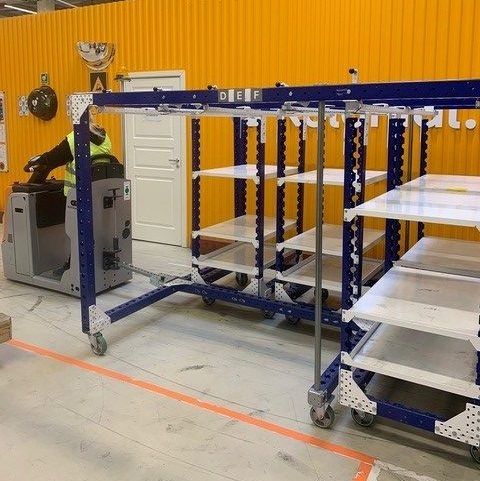 FlexQube was able to help Kolonial.no implement a fleet of robust but still flexible carts in their facility quickly. To make the implementation as fast as possible, we decided together to send the carts unassembled. Sending unassembled carts saved time in delivery and made it possible to get the carts up and running, and further create a smoother internal process, faster. 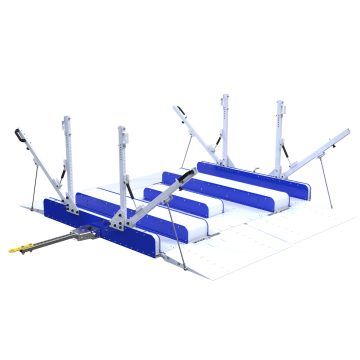 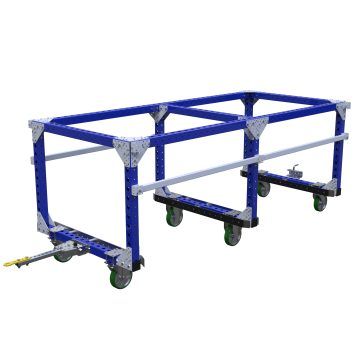 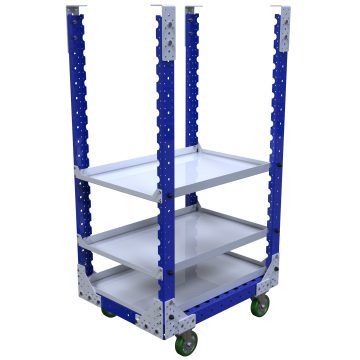 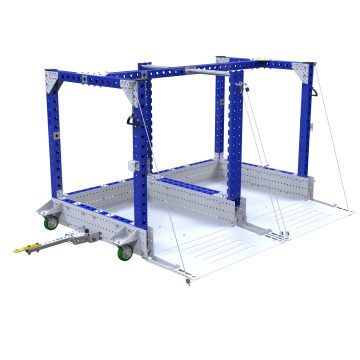